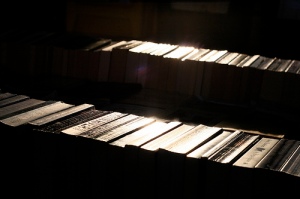 Philosopher A.C. Grayling writes about  the illiterate roots of religion.

The ‘roots’ of religion may be illiterate, but this is hardly a cogent argument since the roots of everything, including writing, are illiterate.

Further, it’s unhelpful to disparage illiteracy in a generalising way. Australian Aboriginal culture, for instance, has been ‘illiterate’ for most of its existence, yet is one of the high points of human achievement. Far from being ‘primitive’ as European theorists such as Durkheim claimed, it is highly advanced and has a highly advanced relationship with its environment. In a sense, country is the ‘text’ with which Aboriginal culture is ‘written’, or the page on which it is inscribed. Or rather, literacy in the sense we understand it is a pale shadow of its former glory (was it Socrates who thought writing was an inferior form compared with face to face discourse?). END_OF_DOCUMENT_TOKEN_TO_BE_REPLACED