It’s Christmas time and all around people are revisiting the cultic practices of an ancient oriental sect, as though they were at the very heart of Western culture. 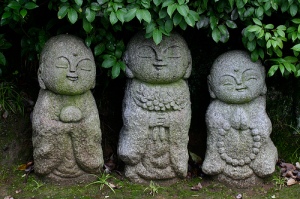 The longer I live the more annoying I find the maintenance of the fairly rigorous distinction between two traditions of philosophy – Eastern and Western. This can be defended as a necessary specialisation – as though ‘world philosophy’ would be just too much for any one brain to comprehend. But the more I think about it the more it seems like an ideology, a deliberate dualism to go with those rightly exposed and criticised by some feminists and some readers of Foucault. The West is active, the East passive, the West emotional, the East inscrutible, the West masculine, the East feminine and so on. Do we really need this distinction between East and West? What is it for? Who does it benefit? END_OF_DOCUMENT_TOKEN_TO_BE_REPLACED