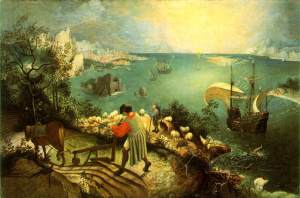 Over the last three decades Grid-group cultural theory, first devised by anthropologist Mary Douglas, has been used in a wide variety of disciplines. Here’s an example by David Low from 2008 of its use as:

‘a heuristic structure through which to view the diversity of university-community engagement and create shared understandings of the appropriateness of a wide range of possible engagement methods’.

What’s innovative about this is that it relates the four quadrants of grid-group analysis to the philosopher Charles S. Peirce’s ‘four methods of enquiry’.

But… as with most of these attempts at mapping two different conceptual schemes on to one another, I find myself questioning the methodological basis on which this is being done. There often seems to be no clear rationale for the particular mapping, and if one does this ‘wrong’ then the explanatory power of the scheme surely  suffers quite markedly. On the other hand, there are plenty of examples of four-fold typologies which clearly do seem to map onto one another. Perhaps this is one of them.

To make my concern clear, when scholars do this kind of mapping they do risk getting it wrong, and the result just confuses the situation rather than illuminating it. Part of the problem is that in a sense there’s no way of agreeing what ‘right’ might be.

David Low (2003) has previously done this sort of mapping in relation to Peirce’s ‘’three grades of clearness of thought’ and Frank Fisher’s ‘three stages of environmental concern’.

Which leads me to ask: can this kind of mapping from one conceptual scheme to another be carried out ad infinitum?

For instance, to pull a scheme out at random, could one make a claim for the congruency of Grid-group Cultural Theory and the German philosopher Martin Heidegger’s fourfold typology (Kisner 2009) of dwelling: on the earth, under the sky, with gods, as mortals ?

Such a typology would take it’s cue from the claim (Guignon 2006: 375) that this is really just the twofold distinction between nature (earth and sky) and culture (individual mortals gathered by the gods as community).

So, maping earth-sky and mortal-god in a two-dimensional scale,  this would result in four new categories of being: earth mortals, sky gods (take your pick – Zeus is their leader), earth gods (perhaps Ouranos) and, intriguingly, sky mortals (seemingly an under-explored category, but then of course there’s Icarus).

On the basis of this mapping we can say that Egalitarians worship earth gods, Hierarchists sky gods, Individualists praise mortals and Fatalists resort to warnings about people who try to fly too close to the Sun.