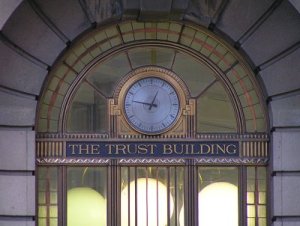 “Since we have not more power of knowing the future than any other men, we have made many mistakes (who has not during the past five years?), but our mistakes have been errors of judgment and not of principle.” J.P. Morgan Jnr, 1933

A couple of months ago I was toying with the idea of writing a post about how the commercial finance sector in the UK and the US seems to be incorrigably broken as a result of the dominant sentiment that it’s only a crime if you get found out. I saw this as evidence of an over-reliance on the Individualist cultural worldview.
But it seemed too extreme. I didn’t want to promote a sweeping  “indictment of banking as an inherently evil industry filled with shysters that are intent on fleecing anyone they can.” Surely they weren’t all corrupt. All generalizations are wrong, (especially this one, as the saying goes). Surely I was over reacting. So the post never got written.
Then the Barclays Libor scandal broke in London…
Then, news of the HSBC money laundering  scandal broke. Amazingly, this made Libor look angelic in comparison.
By now I was feeling a little bolder.
James Kwak, from the University of Connecticut School of Law has written of the real reason for such corruption. In summary, he claims:

While not wrong, this really overlooks the real real reason: Individualism gone mad.
A partial solution to this may be a re-assertion of anti-Individualist cultural forces. In particular, Hierarchical regulation and Egalitarian mutualism. In the UK, for example, the Cooperative Bank is on a roll, taking over another bank and expanding to around 7% of the retail banking sector.
You can watch an entertaining video of Matt Taibbi discussing the ‘tobacco moment’ for the banks.
So just when exactly do errors of judgement become errors of principle?

Now read:
Why big banks have so many scandals
Accountability is the problem
A mutual alternative
Why Psychology fails